Asking for a Raise: Some Do’s and Don’ts

There are few things tougher than asking your boss for a bigger paycheque. Here are some tips to help you get that raise you deserve.

Asking your manager for a raise is a lot like asking someone out on a date: it can be a little awkward and uncomfortable, there’s the possibility of rejection, and the results aren’t always pretty. But if you’re successful, the pay-off can easily be worth the risk of you ending up with some egg on your face. Still, you might find it hard to work up the nerve to ask your boss for a raise. All the more so in a tough economy like our own today, when many people are facing layoffs and cutbacks, and others, having already been let go, are looking to find the right rebound job to get them back on their feet. But it’s important that you’re fairly compensated for your work – and not only for your own sake, but also for your employer’s. After all, if you feel like you’re grossly underpaid, that’s bound to affect your performance at your job going forward. You might end up looking for greener pastures elsewhere – with a different employer.

Requesting a salary increase requires the right mix of preparation, skill, and finesse – not to mention backbone. As a recruiter for accounting and finance professionals in Toronto, I’ve had a good deal of experience in negotiating salaries for candidates and clients alike. Based on that experience, I’ve put together the following list of do’s and don’ts, to help make sure that you get that raise you’ve been hankering after.

First thing’s first: you should actually deserve a raise before you risk rocking the boat by asking for one. That might sound like a painfully obvious piece of advice, but it’s surprisingly lost on many people. There’s a world of difference between deserving a raise and wanting one. Who doesn’t want to be paid more? Everyone does, of course! Unfortunately, not everyone deserves a bigger paycheque.

Frankly, only star performers should bother to ask for a salary increase, as their employers will be willing to pay a premium to keep them on staff. Requesting a raise when you haven’t done enough to warrant one can put you in your manager’s bad graces, casting you as either a malcontent or a money-grubber. Be honest with yourself: are you a top performer? The key word here is “top,” not “performer.” The simple fact that you arrive at the office on time every day, or have been with the company “x” number of years, doesn’t entitle you to a salary bump. For that, you need to have gone well above and beyond your job description. If you’re not really sure whether you deserve a raise, then you probably don’t, in which case you should refocus your efforts on boosting your value to the company first. And who knows? Maybe you’ll end up not even having to ask for a raise.

There’s a world of difference between deserving a raise and wanting one. Who doesn’t want to be paid more? Everyone does, of course! Unfortunately, not everyone deserves a bigger paycheque.

Before you sit down with your boss to talk dollars and cents, you need to have some idea of what you’re worth on the market, and how much of a pay increase you can reasonably demand, without being laughed out of the room. Figure out the going-rate – salary, compensation packages, performance bonuses, and the like – in your field and location. Compare your salary with those of others in your industry, with similar skills and experience. To be sure, you can informally survey co-workers and colleagues, or ask your mentor or coach, but they may understandably be shy about disclosing their own earnings. A more foolproof way to go about researching compensation would be to contact your professional association, which should have information about standard salary figures in your industry. Also, if you’ve worked with a recruiter recently, they will be able to help you determine your salary competitiveness, since they’ll have a good sense of where the market is at and how much people like yourself are earning. Lastly, popular sites like Glassdoor.com, PayScale.com, and Salary.com have crowdsourced figures for average rates of compensation in specific professions and industries (though these may vary in reliability).

Speaking of research, if you’re not already familiar with your employer’s practices or policies around pay increases, as well as the language in your contract and employee manual, now’s the time to brush up. It’s best to work your request around whatever policy is already in place. For example, let’s say your company’s standard practice is to offer, pending an annual performance review, a four percent bump in pay once a year. Assuming that you’re looking for a more substantial increase, you’re probably best off making your request before your review; otherwise, your manager’s hands may be tied, even if they agree that you deserve a raise.

Do pick your spot

Timing, as they say, is everything. While you should be courteous and polite throughout the entire process, you most definitely want to respect your manager by giving them a head’s up. Don’t pop the question while your boss is stepping out for lunch, or barge into their office during a meeting with a client to demand they “show you the money.” No one likes to be ambushed with a difficult request about a delicate subject when they’re least expecting it, or when they’re already dealing with other business. Rather, you should schedule an appointment with your manager to discuss the issue with them one-on-one, though you don’t necessarily have to tip your hand about the nature of the meeting; tell them, instead, that you’d like to speak to them about your career development more generally.

You should also take into account the overall financial health of the business before you raise the subject with your employer. For example, if your company has been regularly bleeding red in its quarterly reports, or is currently in the midst of negotiating a merger or buyout, you probably won’t get far asking for a pay raise, and will look rather bad for doing so. You’d be better served to sit on your request until the company’s fortunes improve.

Instead, you want to frame your reasons in terms of the added value you’ve been bringing to the business. Summarize your ROI to the company….Let the numbers do as much of the talking as possible.

When you do sit down with your manager, emphasize your desire to bring your pay into closer alignment with your value on the market. Be confident – not cocky, but confident – and above all, stick to business. Don’t beg and plead, or bring up sob stories about how your pet iguana needs expensive dental surgery, or how your oldest son is starting clown college next month. Nine times out of ten, trying to tug at their heartstrings won’t get them to loosen the pursestrings. It’s not that your boss won’t care or be at all sympathetic to your plight. But your tales of personal woe or hardship won’t be enough to justify a raise.

Instead, you want to frame your reasons in terms of the added value you’ve been bringing to the business. Summarize your ROI to the company. Prepare a list of your key accomplishments, identifying the specific ways that your work has contributed to the company’s bottom line, as well as any new responsibilities or projects you’ve taken on and seen to completion. If you can tie your contributions to your department’s key performance indicators or present specific figures that support your argument, even better. Any documentation you can cite or present to quantify your performance and productivity will only aid your cause. Let the numbers do as much of the talking as possible. Make the case that, if anything, paying you more will still prove a bargain for the company, considering the overall value that you help to generate for its business.

Do prepare for rejection

Be prepared for the possibility that your employer may decline your request, regardless of how compelling and persuasive a case you’ve made. For most companies, staff compensation represents their single biggest cost, and it simply might not be feasible, given budget constraints, business pressures, and the like, to grant you a salary increase at the present time. On the other hand, your employer may be receptive to additional perks that aren’t directly related to salary, such as vacation time, health benefits, flex time, a company car, or education and professional training. Think about whether any of these might appease you.

If the answer your boss gives you isn’t the one you want to hear, don’t despair. Avoid sulking or whining. You definitely shouldn’t threaten to resign. Remember: it’s important that you exhibit as much professionalism now as you have throughout the entire process. Thank your boss for hearing your request, and ask what you can do to merit reconsideration, and whether they’d be open to revisiting the subject at a future date. After all, just because you were denied this time doesn’t mean you’ll be turned down six or eight months from now; by then, the company might have righted its ship, your department might have found extra money in its budget, etc. “No” might very well just be code for “not now.” You should only consider looking for another opportunity, with another employer, after you’ve exhausted all of your options, and you’re absolutely convinced that you’re not adequately valued at your current post (in which case you’ll still want to ensure that you quit without burning any bridges).

The best employers won’t hesitate to reward an employee who is truly an asset to their company. A salary hike might make plenty of business sense: managers know that a grossly underpaid employee is likely to end up as an unhappy or underperforming employee – or else a former employee. But you have to be both willing and prepared to ask for a raise – and that takes more guile than gall, more smarts than stones. Developing your skills in negotiating salary raises is an important element of your professional development; use this advice to improve your odds and build your prowess. 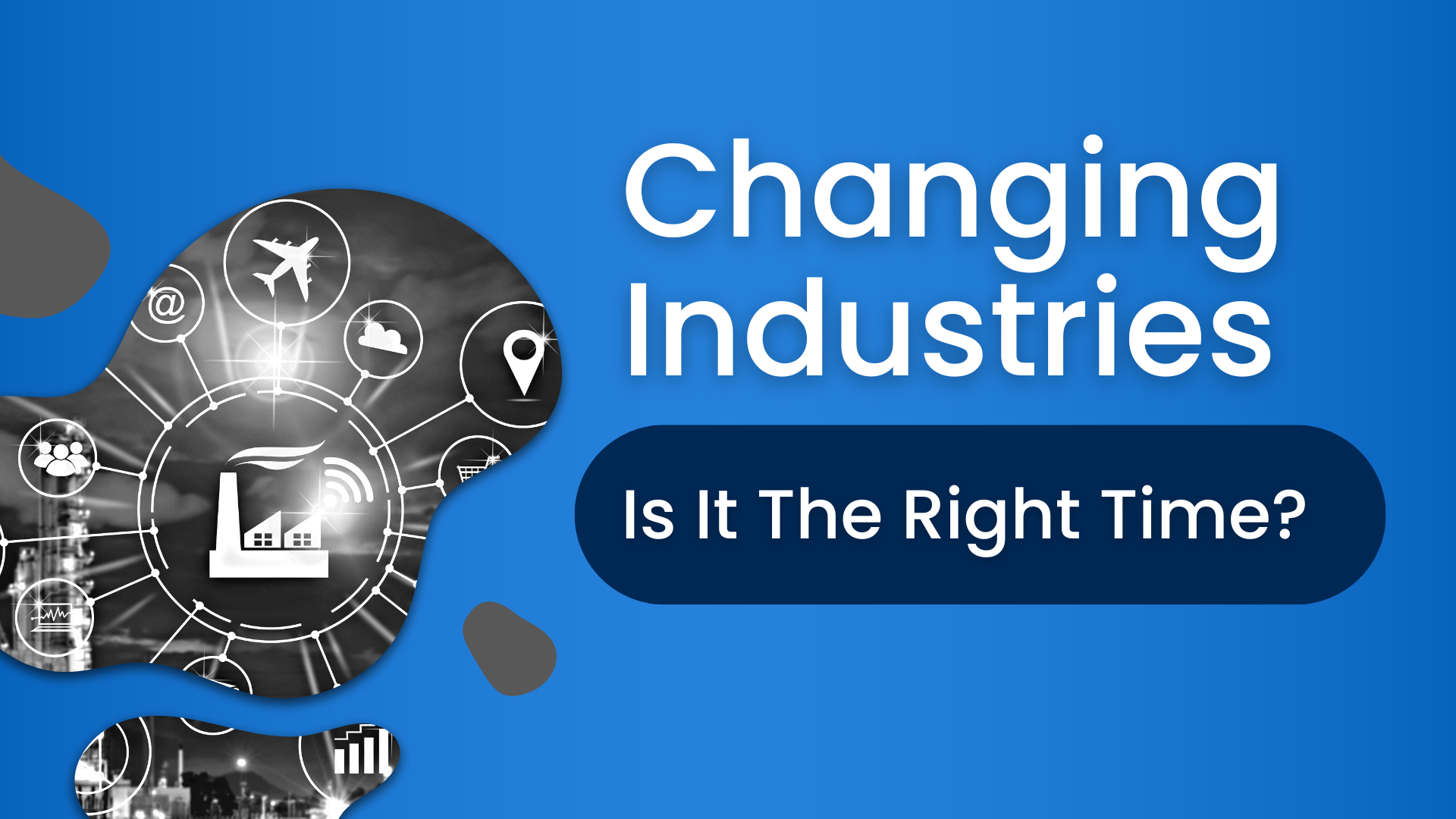 Changing Industries: Why Now Is The Right Time

Why Excelling at Excel Is Important for Your Accounting Job

How to Succeed in Your Finance Job at a Large Company